The first train pulled into Union Station on September 1, 1894 at 1:45pm, ushering in a new and exciting time for St. Louis. The city known for being the gateway to the West suddenly became a gateway to all of America. Over the next several years, Union Station would become one of the largest and busiest passenger rail terminals in the world. Today, Union Station is a balance of nostalgia and renovation.  Standing in the hotel lobby, you can almost hear the trains coming into the platform.

Getting to St. Louis and the St. Louis Union Station Hotel

St. Louis's location makes it possible for visitors to fly to St. Louis from most major U.S. cities in three hours or less. St. Louis Lambert International Airport (STL) is situated 13 miles from Downtown St. Louis and is connected to Downtown and much of the region by MetroLink light.

If you’d rather travel to St. Louis on the ground, Amtrak is an ideal solution.  Your final desination would be the Gateway Transportation Center located on South 15th Street, which is conveniently located one block from St. Louis Union Station.

Free shuttle service is provided 24/7 by all rental car companies to off-airport facilities. Please return vehicles directly to off-site locations. Customer service counters are located in the lower level of Terminal 1 between exit doors 12 and 17, and are staffed during peak times.

For more information regarding rental cars at STL, visit their rental car page.

Getting Around Downtown St. Louis

St. Louis's light-rail network, MetroLink, is a modern, efficient public amenity that has been called one of the best mass transit systems in the country.  The rail system offers multiple lines and stops through St. Louis County and City and the Metro East stopping at or near many of St. Louis attractions. Those attractions include, Busch Stadium, America’s Center, Union Station, Forest Park, the Gateway Arch and more. Metro generally operates from 4 a.m. to 1 am. during the week and on weekends. Certain MetroLink tickets come pre-validated with a time stamp, but some do not. Double check your ticket to make sure it has a time stamp, and if it doesn’t, insert it in one of the red validation machines located at all MetroLink station platforms.

There's so much to do at St. Louis Union Station; you could stay on-campus all week and never run out of things to do! 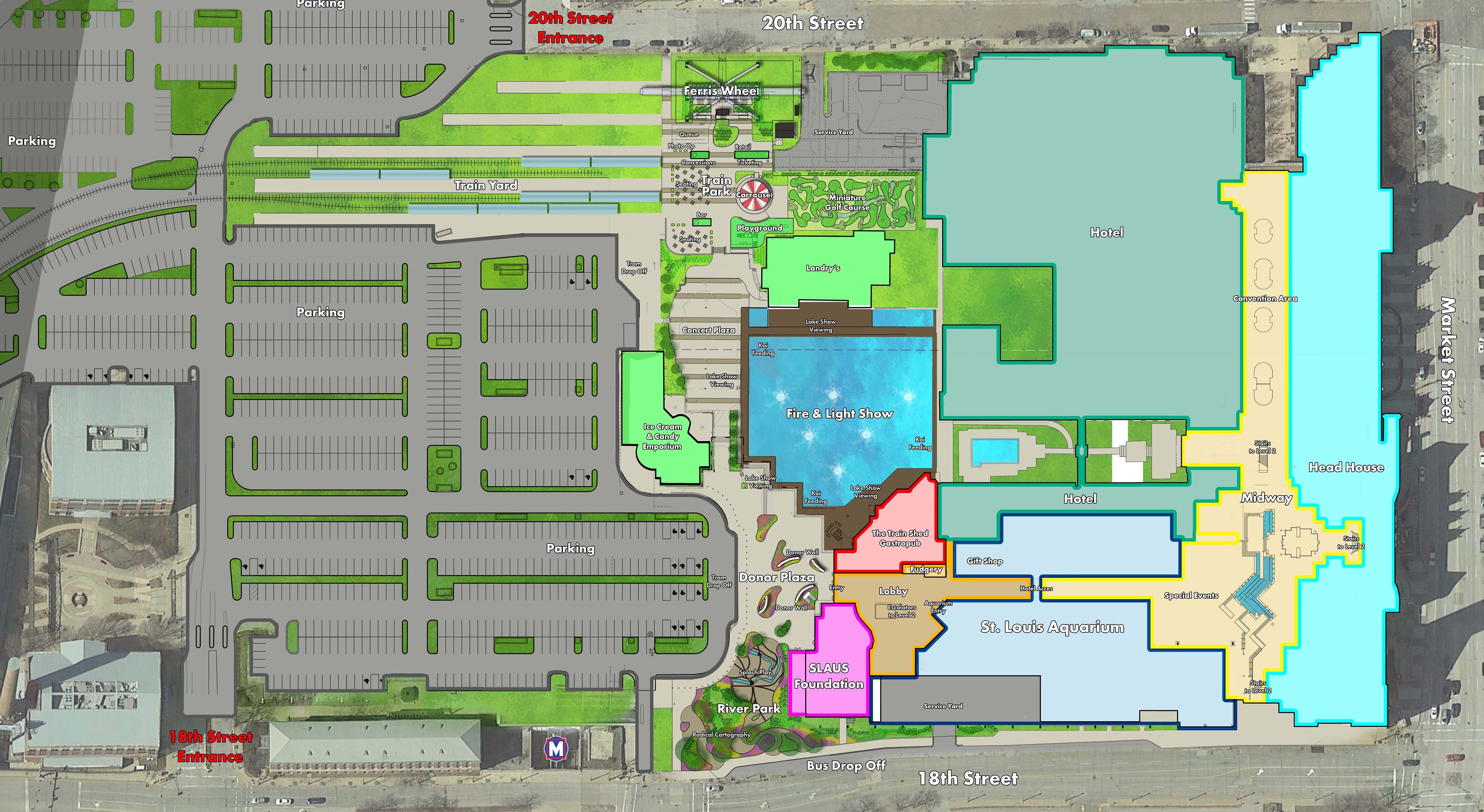 Welcome to St. Louis, the Gateway City!  Have some time before or after the meeting? There's so much to do in St. Louis!

Visit Gateway Arch National Park and 630-foot ride to the top of the famous Gateway Arch, which memorializes St. Louis as the Gateway to the West. Head to the National Blues Museum and the historic significance of the Blues as the foundation of modern American Music.  If live music is your thing, Soulard boasts some of the best blues venues in town.

Looking for a fun night out? Check out the new sports-anchored entertainment district in the heart of downtown Ballpark Village St. Louis.  Visitors can also go for dinner, drinks and a show at Westport Plaza’s 42-acre entertainment district, or check out the trendiest boutiques and upscale dining establishments in Clayton and the Central West End. You can also take a tour of the historic Anheuser-Busch Brewery, where you can visit the Budweiser Clydesdales and sample a variety of premium brands.

Brining your family with you? They can get up close and personal with the furry, the flying and the fishy creatures of the Saint Louis Zoo, or visit the newly built Aquarium located right at St. Louis Union Station. They can also explore the City Museum’s unique all-ages playground filled with caves, slides and climbing apparatus made from recycled and found objects.

Need some fresh air? Once home to the 1904 World’s Fair, Forest Park is one of the largest urban parks in the United States. It attracts 12 million visitors a year with world-class attractions and scenic walking and biking trails. Or, enjoy a fusion of sculpture and landscape architecture at Citygarden, an urban oasis featuring works of modern and contemporary art, native plants, six rain gardens and a café overlooking the beautiful scene. Or discover the stunning  Laumeier Sculpture Park with over 70 outdoor sculptures, a music amphitheater for special events and a traveling series of exhibitions. 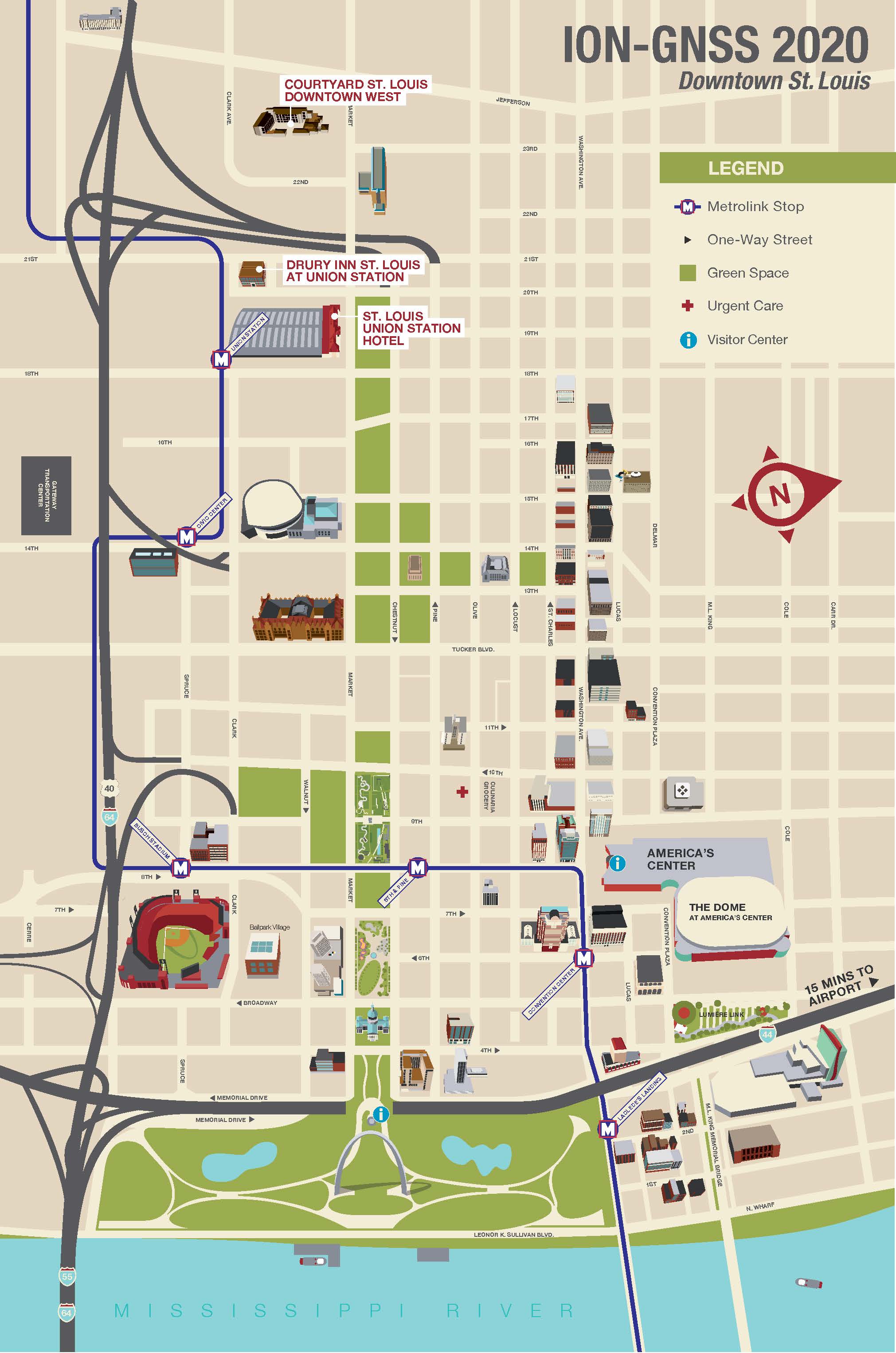