Citation: For his pioneering contributions to high-integrity GNSS-based aviation navigation and his dedication to education. 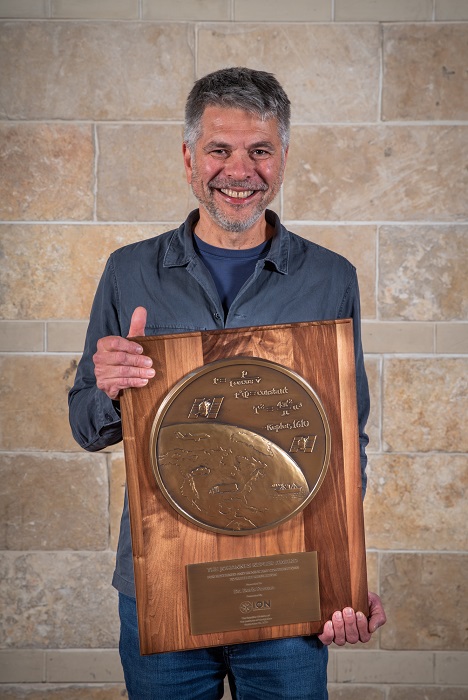 Dr. Boris Pervan has been a pioneer and technical leader in transformative research programs dedicated to ensuring safe aircraft navigation.

Dr. Pervan is a pioneer of the Local Area Augmentation System (LAAS), the US Ground-Based Augmentation System (GBAS), and was at the forefront of the development of the first LAAS prototype in 1996. As FAA Key Technical Advisor and LAAS Integrity Panelist, his contributions ranged from GBAS proof of concept all the way to Category III certification. From 1996 to 2016, he designed, evaluated, and tested ground monitors protecting aircraft against satellite orbit, clock, code-carrier divergence, reference receiver faults, and ionospheric fronts. His group devised anti-interference and anti-spoofing methods for LAAS-capable receivers coupled with chip-scale atomic clocks and inertial sensors.

From 2001 to 2015, Dr. Pervan was a technical leader on carrier-phase differential GPS applications, including the Joint Precision Approach and Landing System (JPALS) and Autonomous Airborne Refueling (AAR) for the US Navy and Air Force. He developed carrier-phase-based fault monitors and the first analytical method to quantify safety risks caused by incorrect cycle ambiguity resolution. His work demonstrated that high accuracy and high integrity were simultaneously achievable worldwide using differential GPS.

As an educator from 1999 to present, Prof. Pervan has supervised 12 MS and 20 PhD students who have been recognized with organizational awards and built successful careers in government, industry, and academia. Additionally, Prof. Pervan has been serving the international PNT community for more than 25 years, including as Editor-in-Chief of NAVIGATION: Journal of the Institute of Navigation from 2006 to 2019. During his tenure, NAVIGATION’s content was expanded and became indexed among top-ranked journals in aerospace engineering.

Dr. Boris Pervan is currently a professor of mechanical and aerospace engineering at the Illinois Institute of Technology (IIT) in Chicago. He holds a BS from Notre Dame (1986), MS from Caltech (1987) and PhD from Stanford University (1996). He was elected a Fellow of the Institute of Navigation in 2010.