Citation: For extraordinary service to The Institute of Navigation. 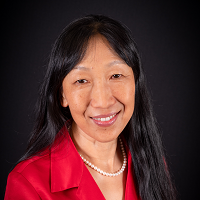 Dr. Y. Jade Morton has served as the president of The Institute of Navigation (ION) from January 2019 – January 2021. Her term of office is characterized by a strengthening of ties between ION’s membership and the international community, with particular emphasis on Eastern and Pacific Rim nations. As one of the original creators and organizers of the ION’s Pacific PNT Conference, Dr. Morton has been fostering technical collaboration between ION’s membership and key developers of the BeiDou/BDS Navigation System. As part of this effort, she organized and co-edited a special issue of NAVIGATION, Journal of the Institute of Navigation on BeiDou/BDS (Spring, 2019) that became one of the most cited issues in recent past.

Additional achievements during her time in office include oversight of the ION during the year of the COVID-19 pandemic when ION had to quickly transition its conference programs to the virtual environment; the recognition of ION’s 75th anniversary year; Council’s formal adoption of the ION’s GNSS Software Radio Metadata Standard; and the continued strategic plan for the future of NAVIGATION, Journal of the Institute of Navigation.

Dr. Morton has been actively involved in ION since 2002. She has been a program and general chair of the ION GNSS+ meeting and the Pacific PNT conference, and she has served on multiple committees/divisions including as Satellite Division Chair. Dr. Morton is a past recipient of the IEEE Kershner Award and the ION’s Burka and Thurlow Awards. She is a Fellow of the ION, RIN and the IEEE.