Citation: For sustained and significant contributions to the development of satellite navigation. 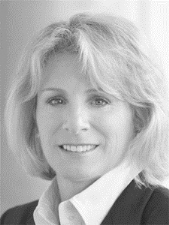 Dr. M. Elizabeth Cannon attended Acadia University, earning a B.S. in Mathematics and Computer Science. Upon graduating in 1982, Dr. Cannon attended a small but growing program in surveying engineering at the University of Calgary.After graduating in 1984 with a B.S. in Surveying Engineering, Dr. Cannon took a job at Nortech Surveys, becoming responsible for the development of precise static differential GPS methodology and software—breaking ground in a field that was relatively new at the time. Not one to be out of the university setting for long, Dr. Cannon returned to the University of Calgary to earn an M.S. in Surveying Engineering in 1987. In 1988 this person was the first winner of the ION student paper competition at ION GPS 1988.From 1988-1991, Dr. Cannon conducted extensive research in GPS/INS integration for precise airborne positioning and semi-kinematic differential GPS positioning techniques, earning a Ph.D. in Surveying Engineering and becoming a recognized leader in both areas. Dr. Cannon stayed on at the University of Calgary as an assistant professor, quickly rising to full professor status within a few years.Over the past 10 years, Dr. Cannon has been a leader in many GPS-related research areas, including attitude determination using GPS, multipath parameter estimation, precision farming based on GPS and GIS, precise positioning using GPS carrier-phase integer ambiguity resolution, multiple reference station RTK positioning, precision aircraft-to-aircraft positioning, receiver performance characterization under high dynamics, and GPS augmentation with other sensors.Dr. Cannon has raised $4 million dollars to support her research programs, and has published 64 journal articles and over 100 conference papers. Flowing from this research, she has developed five different GPS-related software products, which have been licensed to over 140 organizations in 18 countries. She has taught over 1500 professionals in short courses in North America and many European countries.In addition to her direct research contributions, Dr. Cannon has taken leadership roles in several diverse professional associations. In 1996-1997 she was the President of the US Institute of Navigation. She has also been a member of the Editorial Board of both the Journal of Geodesy and GPS Solutions, a Trustee of the Alberta Heritage Foundation for Science and Engineering Research, and a board member for 7 other professional societies. She has received over 30 different awards, including 8 best-paper awards at ION GPS conferences and 7 awards for journal and conference papers, Canada's top 40 under 40 award, and 5 different awards recognizing her outstanding teaching abilities. She is also a Fellow of the Canadian Academy of Engineering.Dr. Cannon is also actively engaged in the community-at-large, giving over 200 presentations on GPS to students and teachers, as well as community professional, and government groups. She has personally presented her GPS research on Parliament Hill in Ottawa to a group of Members of Parliament, Senators, and government personnel. She currently holds the NSERC/Petro-Canada chair for Women in Science and Engineering, which is aimed at increasing the representation of women in science and engineering.